It has been estimated that in 1859 there were 10 000 Chinese on the Ballarat Diggings. This meant that by the end of the 1850s about one in every four citizens of Ballarat was Chinese. There are many young people in Ballarat today who would be fifth or sixth generation of goldrush Chinese immigrants. They were overwhelmingly from provinces around Canton and were concentrated in several ‘protected' camps in the Ballarat East area. Early copies of the Chinese newspaper which have survived have been digitised and are on Trove. The originals would be in the Australiana Research Collection at the Eureka Centre, Ballarat East.

In his History of Ballarat (1870) W B Withers says, ‘To that excellent police officer, Sergeant James Larner, the public owes a good deal for his kindly and persistent attention to the miseries, and his energetic opposition to the vices of the Chinese. In a return to the Government last year (1869) the sergeant estimated the number of the Chinese population at 1501, and classified them as follows:- 266 storekeepers, 550 miners, 120 hawkers, 250 gamblers, 5 publicans, 15 butchers, 100 thieves, 15 brothel keepers, 150 gardeners, and 30 half-Chinese children.’

Indeed, Sergeant James Larner became very familiar to us as his name occurred so frequently in the Ballarat East Petty Sessions court records, often in cases involving Chinese. There are 363 entries in this index for Chinese names beginning with ‘AH’ which was a Cantonese term of respect loosely used as the English equivalent of ‘Mr’. Government officials often misinterpreted the names of Chinese immigrants and in this index there are variations in spelling for what would appear to be the same person. Chinese names of two or three syllables such as PO QUONG and AH HEN TAM have been entered as they were recorded in the court books as family names but people who are familiar with Chinese naming patterns would realise that the short syllables in many cases indicate both family and given names in reverse order. In later years as non-Chinese given names appeared they have been entered as surname and given name, for example AH TONG Bridget and WHY FOOK Margaret. These names may indicate a non-Chinese wife. Names such as AH CHAN Thomas and AH OU Tommy, may indicate sons of mixed marriages.

The charges brought against groups of Chinese suggest periodic raids were made on their camps. ‘Running a lottery’ was a common offence at the time. The recurrent charge of ‘placing obstacles in the creek’ suggests the damming of watercourses for alluvial gold mining or perhaps for market gardens. ‘Setting off fireworks in a public place without permission of the local authority’ was also an offence and was probably associated with one of the many festivals.

There was often friction between the Europeans and the Chinese and indignant letters and petitions were submitted to the Council by neighbours complaining that they were often driven to distraction by the tormenting drums and gongs played far into the night. The court books show that in cases where Chinese were victims of assault the penalties were generally lenient if upheld, but the reverse was true for a Chinese with ‘no home or abode’ who was sentenced to six months in prison.

Panoramas of Ballaarat, M Harris, and J Burrell, Harris House of Photography, 1998 p 16
Tells about John Alloo’s Chinese Restaurant on Main Road, Ballaarat, famously recorded by goldfields artist, Samuel Thomas Gill.
The goldrush immigrants called their new land Gim Shan, the Golden Country. Like other miners they made the transition from alluvial mining to deep lead quartz mining. The Woah Hawp Canton mine in Regent Gully, Canadian was a most profitable Chinese enterprise with the only European being the manager.
Ballarat's China towns were located at Golden Point, Red Hill, Canadian, Eureka and Little Bendigo. In the outlying areas there were concentrations of Chinese to the north in Creswick and Clunes and to the south at Haddon and nearby settlements.

Vermilion and Gold : Vignettes of Chinese Life In Ballarat by Lionel Welsh, Banyan Press, Tasmania 1984 This book tells the stories of several Chinese, including Ah Chow, owner of a gambling house; Ah Lung, the maker of butterfly kites; Ah You, the burglar; and Ah Poo the Chinese detective who was Ballarat’s own Charlie Chan. These names appeared in the Ballarat East Court of Petty Sessions but more research would be required to establish that they were the same people.

Fading Links to China – Research Online
Ballarat's Chinese Gravestones and Associated Records 1854-1955 by Linda Brumley, Lu Bingqun & Zhao Xueru, originally published by the History Department, University of Melbourne, 1992 Truly amazing scholarship based on the burial records and headstones in the Ballarat Old Cemetery, cross referenced with other primary records such as BDMs and inquests. This team has managed to make sense of records in vernacular Chinese dialects, 'official' Cantonese and English mangling of the spoken and written word.

Chinese Community Group is supported by the Multi Cultural Council and may be contacted via Ballarat City Council. 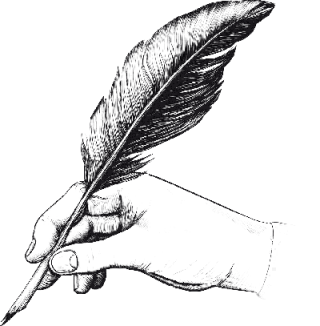