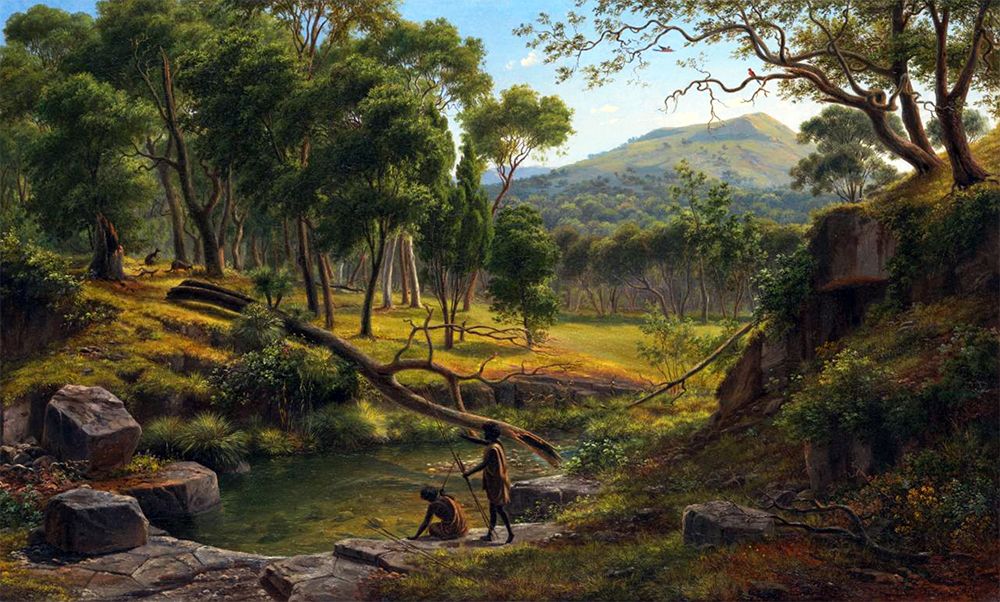 Prior to pastoral settlement in 1837 Aboriginal people inhabited the land in the area which was to become known as Ballarat. This word is of native origin from "Balla" and "Arat" meaning 'resting place'. It was a camp ground or meeting place where groups gathered.

In 1837 these two words were first recorded by the squatter Archibald Yuille as "Ballaarat" who no doubt accentuated the vowels in his Scottish brogue. He chose this name for his sheep run on the Yarrowee River.

When surveyor William Swan Urquhart camped on the new goldfield in the summer of 1851-52, he used native names for places on his surveys. For example: "Wendouree" for the swamp, "Yarrowee" for the river and Ballaarat East and Ballaarat West for the localities on either side of the watercourse.

The official spelling of the City of Ballaarat had a double 'a' from the time of the proclamation of the township in 1852, the incorporation of the municipality in 1855, the creation of a borough in 1863 and the declaration of a city in 1870. It remained that way for 143 years until local government amalgamation in 1994, when the spelling was changed to the City of Ballarat to signify the incorporation of districts from an area greater than the pre-1994 city.

The nostalgic home town song which begins B, A, double L, double A, R, A, T, was written by Reginald Stoneham and Will A Bevan for a Home Coming to Ballarat in 1927.