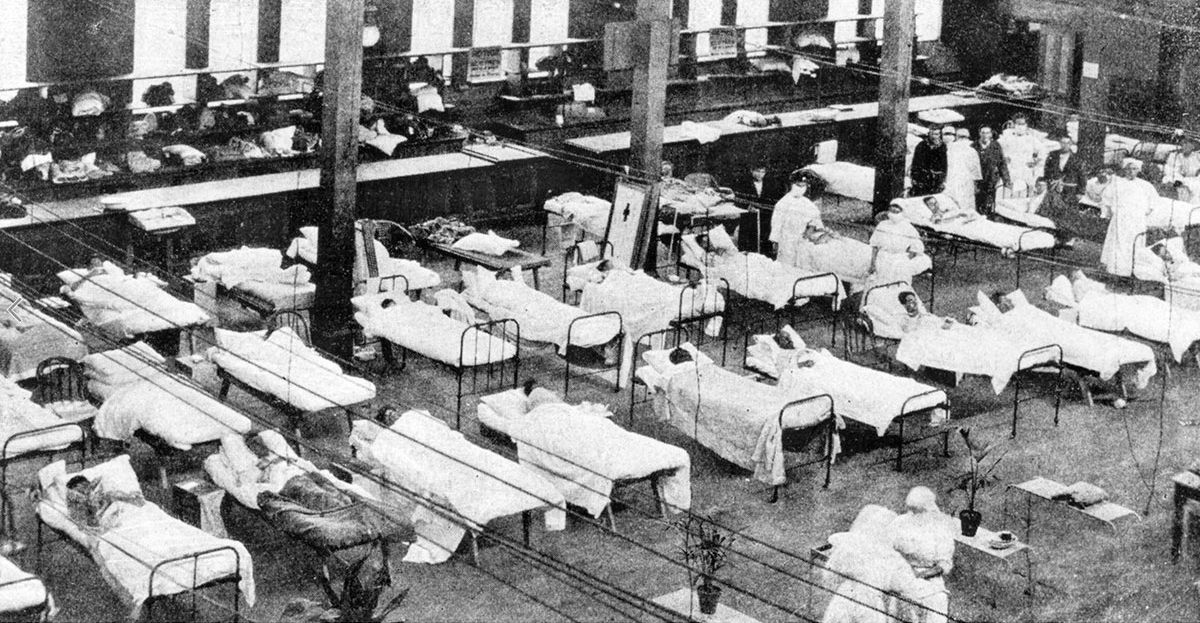 This pandemic which swept the world at the end of the Great War came to Australia by troops returning from Europe. How was this crisis met within Ballarat 100 years ago? By issuing warnings, isolation, bed rest, and nursing care.

On Saturday 23 November 1918, The Ballarat Star published Municipal Notices on the Spanish Influenza for the City of Ballarat and the Town of Ballarat East.

This was a list of DOs and DON’Ts, such as protect yourself and others, isolate patients, get treatment at once, and obey doctor’s orders, ‘even if irksome’.

The DON’Ts were much the same: do not delay treatment, don’t visit the afflicted, don’t touch their belongings, don’t allow old people and children especially, to go near patients, and do not kiss anyone about whom you have the slightest doubt of influenza.

From February to September 1919, the Exhibition Building was transformed into a hospital as Melbourne hospitals were unable to cope. Female patient beds were placed between the concert platform and the dome and male patients were accommodated in the great space beyond. Nursing staff slept onsite in re-purposed adjoining rooms, the western verandah, or a nearby school, while the basement became the morgue.

In Ballarat, the former army quarters at the showgrounds became an influenza quarantine camp for people who could not be kept in isolation at home. Many feared committal to the ‘public fever camp’ or the cost of hospitalisation. Food deliveries were organised for stricken residents in private homes where whole families could be isolated for weeks on end. This is evidenced by a letter dated 12 July 1919 to Brigadier General Williams, City Clerk, signed by Honorary Red Cross Secretary Beccie McDonald, Central Workroom and Depot, City Hall, Ballarat, regarding the Ballarat Red Cross kitchen which supplied 3500 meals during the influenza epidemic. This was a continuation of the sterling work of the Home Front volunteers in preparing parcels for the comfort of soldiers in the trenches. Just another year of self-sacrifice for them after four long years of hardship brought on by the war.

At the hospital the entire three stories of the Alfred Wing was used to accommodate infectious patients from Ballarat and District. In June of 1919, Pleasant Street State School became a men’s ward as cases increased during the second wave of infection. The death toll in Ballarat was uncertain because of the number of deaths at home where the diagnosis was not always confirmed. The Victorian Year Book figure of 91 deaths attributed to the influenza at Ballarat in 1919, was considered to be higher.

In Ballarat and the surrounding shires, it seems that the start of term one in 1919 was delayed by a month and at various stages of the year, especially during the second wave, up to half the students could be absent from school. There was debate about when schools should re-open with the decision being made in the affirmative when it was known that some of the children were now going to other schools. Upon resumption, Head Teachers were instructed to ‘closely watch the children and send home suspicious cases.’ 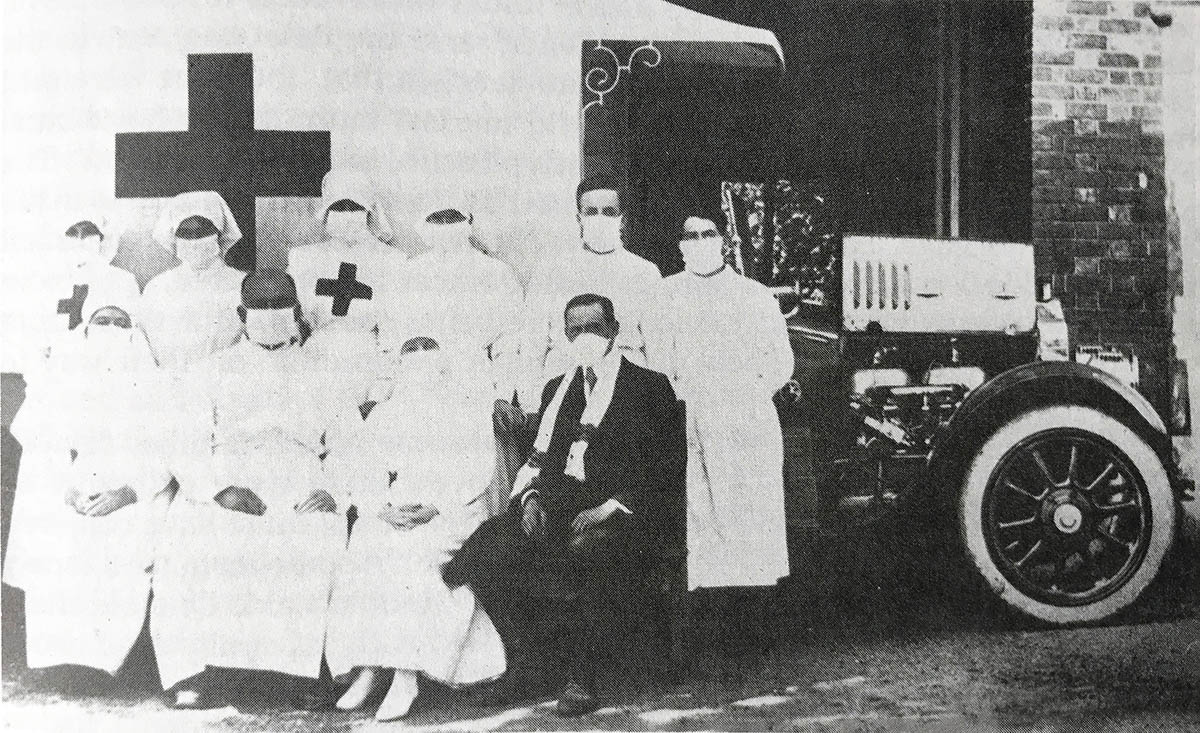 The State government gave local health officers the power to close places where people could congregate, such as amusement halls, theatres, picture shows and libraries. Some churches refrained from holding services or were reduced to a minimum with the singing of hymns eliminated in the interest of public safety. The police assisted railway authorities to keep the Ballarat East and West station pathways free of crowds. As for masks, the City health officer said, “The indiscriminate wearing of masks is to be deprecated.” His reason for earnest disapproval was the likelihood of poor construction and lack of proper medical supervision.

As we live through the Covid-19 pandemic shutdown, we are hearing a wide range of opinions as to when restrictions should be relaxed. Back then, just as today, attitudes ranged from fatalistic to great anguish, and there was universal awareness of the need for better public hygiene.

The Ballarat Star – digitised and online for 1919 at Trove, thanks to BDGS.